A pair of switched on electrical engineering apprentices from Gwent controls systems firm IAC will battle it out against the UK’s most talented apprentices and learners in the finals of the WorldSkills UK National Competitions at this year’s The Skills Show this week (14-16 November).

The show, being held at the NEC Birmingham this week (14 – 16 November), is the UK’s largest skills and careers event.

Alex is a former pupil at Lliswerry High School, while Luke attended Blackwood School and joining IAC as an apprentice aged just 16 after doing well at his GCSE’s. The two attend the University of South Wales in Newport as part of their apprenticeship training at IAC.

Peter Lewis, Managing Director of Queensway Meadows, Newport, based IAC said: “Alex and Luke are both very talented apprentices and excellent examples of the kind of apprentice engineers that we consistently produce here in Newport. We’re confident that the two will perform well on the world stage in what is a very prestigious and highly regarded competition.”

Mr Lewis said IAC, a multi award winning company, are committed to supporting apprenticeships. The established Newport firm currently has eight apprentices in its workforce and take on two a year.

The highlight of The Skills Show is the WorldSkills UK National Competition Finals which take place in 70 skills ranging from Floristry to Mechanical Engineering. During the three days of The Skills Show, 800 of the country’s most talented apprentices and learners will compete in front of 100,000 visitors to be named the ‘best’ in their skill in the UK.

WorldSkills UK Competitions inspire young people and adults to be ambitious in their pursuit of skills to the highest level. Entering the competitions is proven to catapult a person’s career. Taking part enables competitors to build on their skills, test their knowledge against their peers in industry and showcase their potential to employers.

Keith Smith, Director, The Skills Funding Agency and UK Official Delegate, WorldSkills said: “I wish every competitor the best of luck. It takes hard work, determination and a high level of skill to compete against the UK’s most talented apprentices and learners.

“By holding the WorldSkills UK National Competition Finals at The Skills Show we can showcase the high levels of talent entering the UK’s workforce and celebrate the excellent standard of teaching and learning.”

Visitors to The Skills Show can also meet with advisers from the National Careers Service and National Apprenticeship Service to find more about different types of careers and training available to them.

For more information and to book your free place visit www.theskillsshow.com 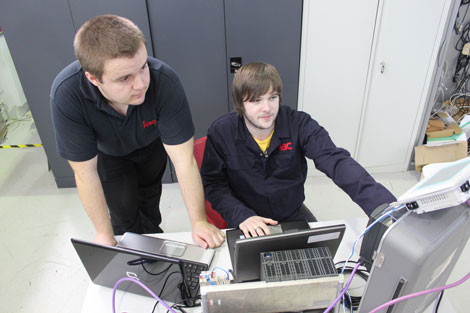