Kath Lewis, HR Manager from Newport based electrical systems integrators, IAC, along with 4 friends took on the challenge to swim the English Channel and raise thousands of pounds for St David’s Hospice Care.  The quintet of swimmers, spearheaded by Accountant, Gary Parker, completed the gruelling 21-mile swim from Dover to Calais on 2nd July 2013 in 16 hours, 21 minutes and are now on target to raise £20,000 for the charity.

The swimmers trained all year at Lydney’s Bathurst outdoor pool, the flooded quarry at Tidenham, near Chepstow and also in the sea off Barry and Penarth.

Kath Lewis along with, Gary Parker, Kara Williams, Dawn Lee, and Keith Leslie swam in relay, each spending an hour in the water at a time.  Facing some tough conditions along the way Kath commented ”We fought through gale force 4 winds, sea temperatures of 12.1 degrees, severe sea sickness and swarms of jelly fish, the like of which even the pilot hadn’t seen before.  It proves that team spirit, determination and drive for a cause greater than your own can get you through anything!”

Kris Broome, St David’s Hospice Care Director of Fundraising and Lottery, said: "This is a truly fantastic achievement from the team.  "We can’t thank them enough for all the effort that they have put in over the weeks and months to prepare for the challenge and to have been able to raise so much from their efforts for St David’s."

When asked if they would ever repeat the challenge there were mixed reviews from the team members but all agreed the experience and sense of achievement were unrivaled.  Kath commented “it was one of the hardest things I have ever done but well worth it – I’m not saying if I would repeat the crossing but if I did I would like to try with fewer team members, that way I get to spend more time in the water where I don’t feel so sea sick!”

To find out more about Kath, the team and the charity please visit www.justgiving.com/Kath_Lewis or http://stdavidshospicecare.org/ 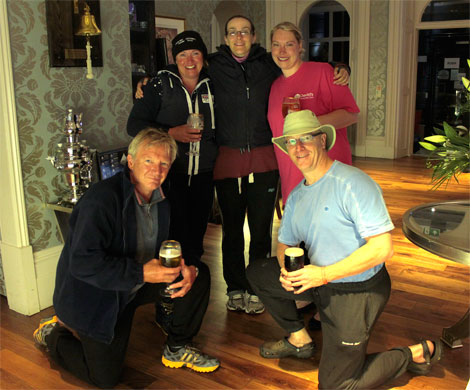 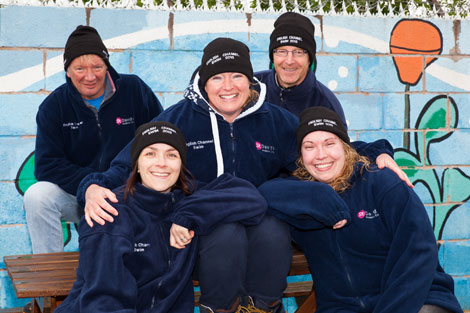